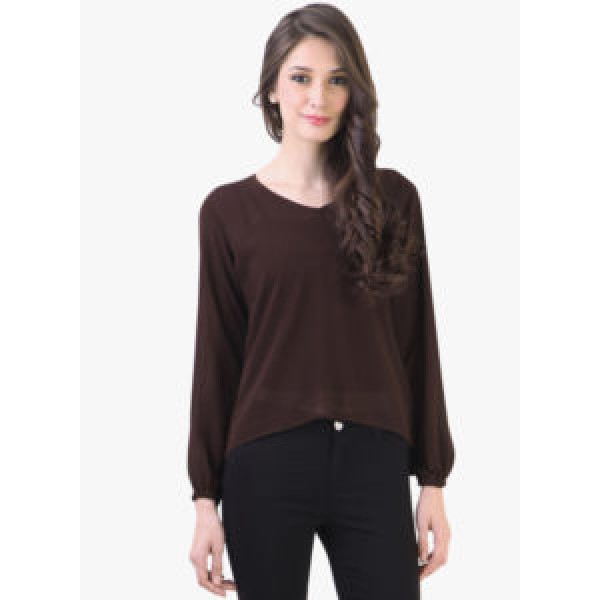 Double your fashion flair as you wear this top, in brown coloured, from the house of Vvine. Fashioned using viscose, this top will keep you at comfort all day long. This beautiful creation will give you a trendy look when clubbed with matching leggings and sandals.