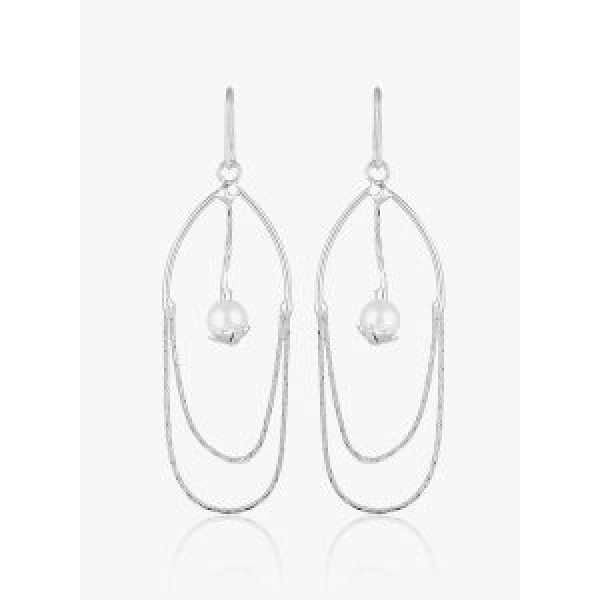 Stand out in the crowd wearing this pair of silver coloured danglers from Trend Arrest. Made from alloy, these danglers are durable and skin friendly. Wear these danglers with a matching saree or a salwar kameez to get noticed.