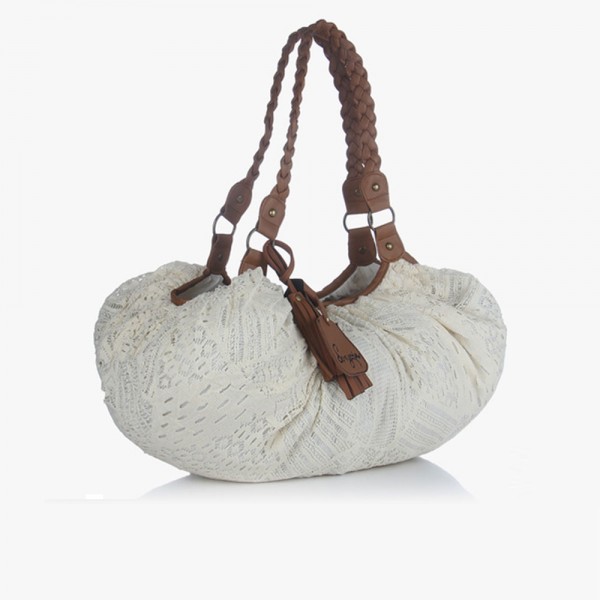 Give a contemporary twist to your look this season by carrying this trendy off-white coloured tote bag from Sangria. Made from cotton, this bag features a trendy look due to its knotted twin grab handles. Enhance your summery look for the day by carrying this bag, as you dress up in a cute sundress.