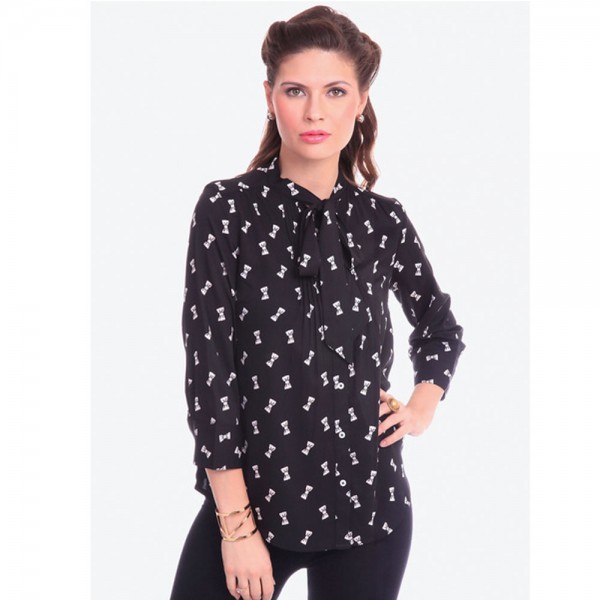 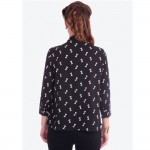 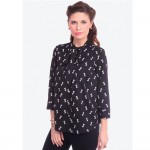 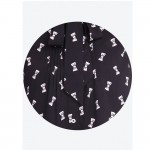 Keep your look lively wearing this black coloured shirt from the house of Street 9. This shirt is designed as per the latest trends and fashioned using quality poly crepe. Designed to perfection, this shirt will look great when clubbed with trousers and black pumps.