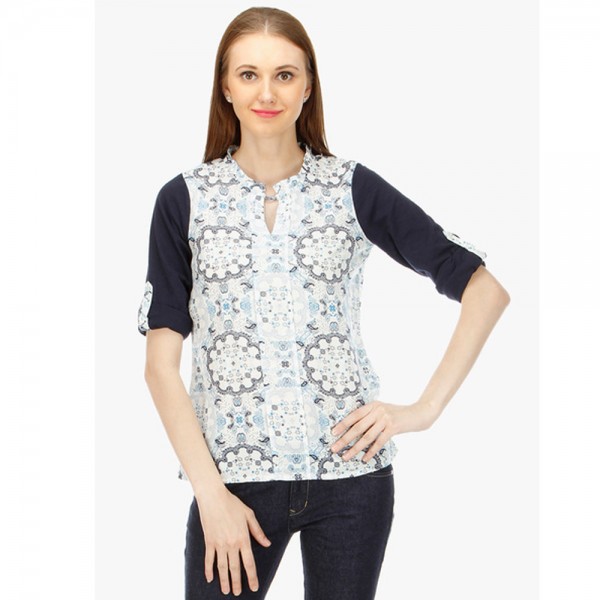 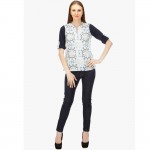 Wash Care:
Use mild detergent
Machine wash delicate
Do not bleach
Warm Iron on reverse
Do not tumble dry
Do not wring
Dry in shade

Double your fashion flair when you wear this white coloured top by Street 9. Made from rayon, this regular fit top will keep you comfortable in summers. Team it with black coloured shorts for a sassy look.